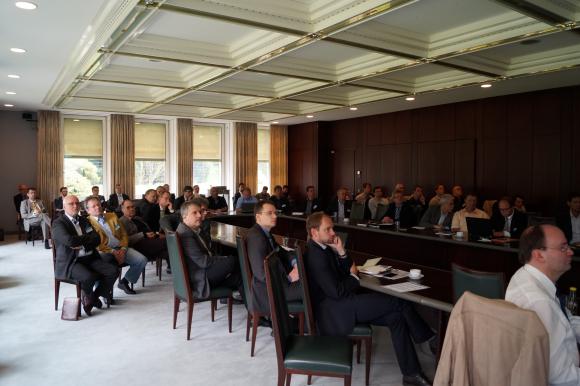 KNX is one of the founder members of the Open Metering Specifications Association, a community of manufacturers with the goal to increase the interoperability between meters of different manufacturers based on the M-Bus technology.

Traditionally KNX Radio Frequency and M-Bus Wireless according to the EN 13757 standard series share a common wireless solution, the S-Mode.

On 23rd of June, OMS held a conference for its members in Aachen. Next to many presentations outlining the current landscape in the metering world, KNX International was invited to report on the KNX City concept for the realization of demand response in homes and buildings based on the KNX technology. This concept ensures that based on the necessary input signals from the smart grid (i.e. tariff information) and information on the local energy production (of e.g. solar power), the KNX based energy manager is able to regulate loads of different applications (lighting, HVAC, e-mobility, white goods, ….) making use of the standardized KNX Data Point type Prioritized Mode Control. Subsequently, a maximum amount of green energy is stored in building applications respectively energy consumption reduced during grid energy shortages and/or when own production is low.